Welfare space
Inserted in a large green space designated as a park, within which several community service structures are located, the new Day Center for the Elderly built in Mirandola is a semi-residential structure aimed at non-self-sufficient elderly people affected by typical diseases of the elderly age or with relational and/or social problems. The realization of the Center, imagined by A.S.P. Comuni Modenesi Area Nord immediately after the earthquake that struck central-northern Emilia in May 2012, was an opportunity to re-propose the dimension of space as an active tool of welfare policies, an area without interruption, without fences, densely wooded, located immediately behind the southern limit of the old town of Mirandola. The building is part of a larger system of public and private green spaces that together mediate the relationship between the consolidated center and that urban fabric of low-density housing that characterizes almost all the urban expansion outside the historical context. The volumetric articulation is that of a building with one floor above ground with an "L" shaped plant, organized around a courtyard defined by the building itself, by a long earth basin that connects it to the heating plant by a fencing system. The stereometry and the introduction of some passive devices, among which the pergola between the interior and the garden, represent the result of a research aimed at the optimization of the solar contribution in the winter period and at the protection from incident rays during summer. The inclination of the pitches of the roof, designed to accommodate integrated photovoltaic or solar thermal elements, is aimed at the search for maximum performance in the capture of sunlight. The structural system consists of multilayer wooden walls with load-bearing function (X-lam), and roof ceilings made of prefabricated wooden modules: this constructive conception has allowed the achievement of a strong integration between the building and the plants in the design phase, as well as a realization of the structure in 180 days, extremely contained. 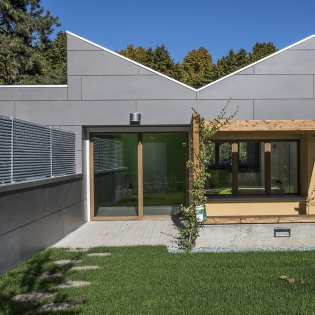 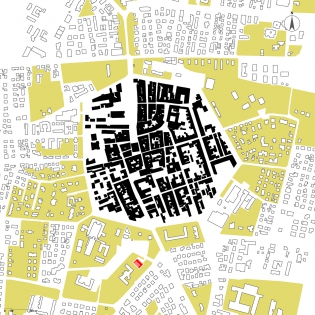 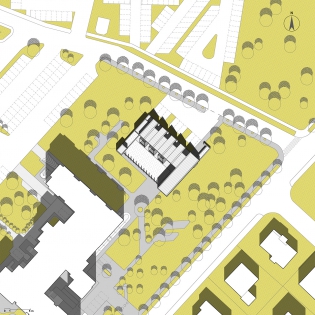 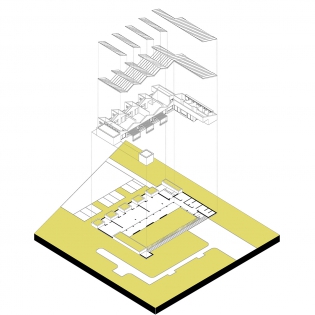 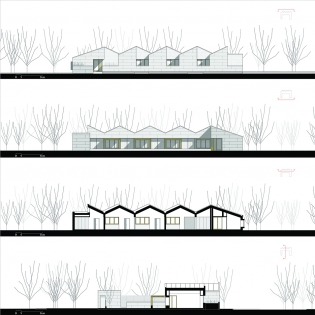 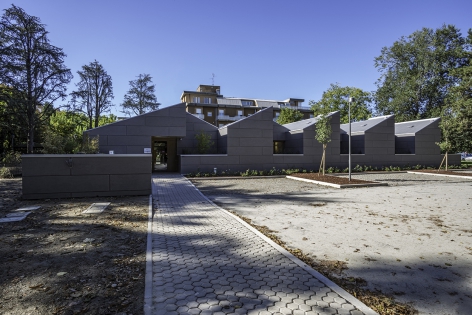 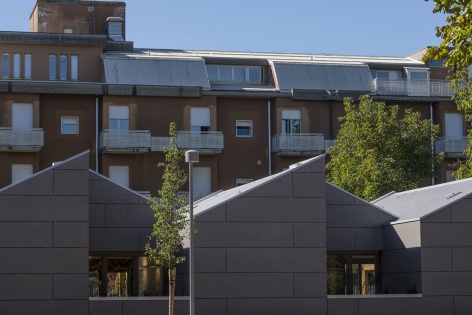 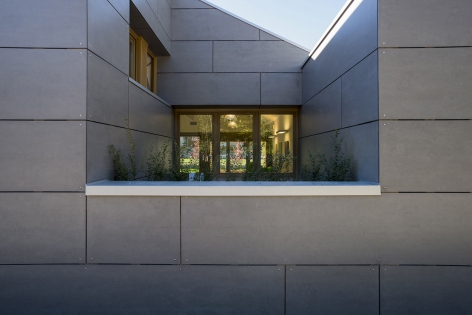 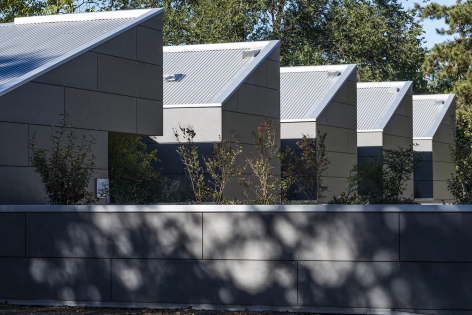 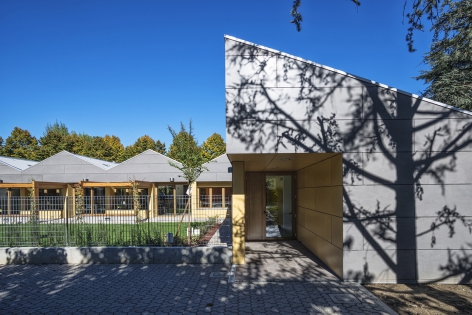 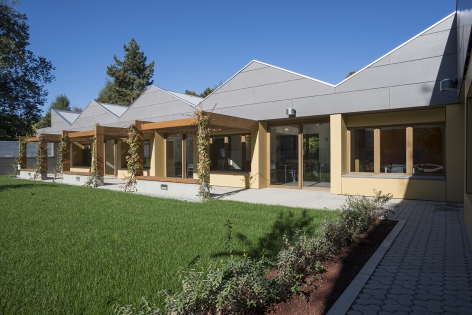 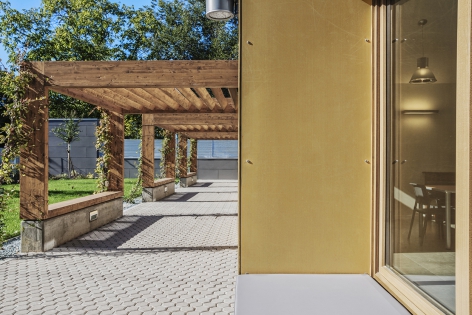 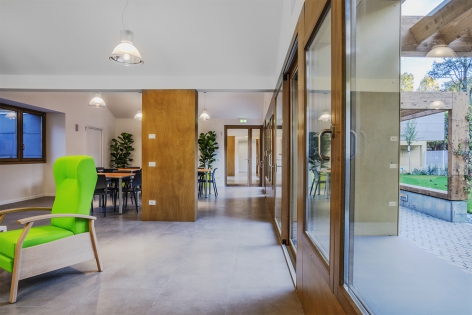 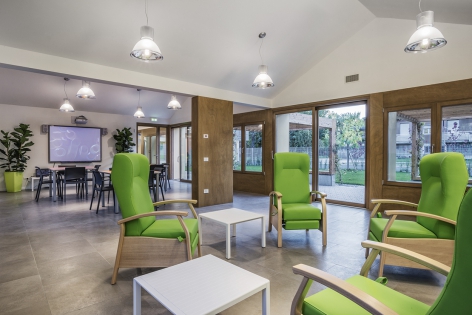