This is a renovation project of a single-family house that is taken as an opportunity to rethink those specific morphogenetic aspects of residential construction in the new areas of expansion and construction of urban centers in Veneto. The project consists in building works of renovation and construction on top of the existing single-family house that in the last analysis were configured as a proper building replacement. The new volume that is "frozen" in a decentralized and asymmetrical position compared to the existing building, however, finds the possibility to unbalance significantly towards the road. Between interior and exterior is suggested a living environment without solution of continuity, in which there is no fracture between the external environments and the "living" area. The interaction with the road is however mediated by simple measures such as the orientation and the retreat of the fixtures on the ground floor or as the introduction of a pool for planting with a screening function of a multi-species hedge. The real distributive fulcrum of the accommodation is the internal staircase as an element able to multiply the visual relationships in the house and represents the "trait d'union" between the ground floor and the new first floor. In general, the whole building is looking for a steoreometric modeling able to govern, through overhangs, projections and shielding devices, the direct irradiation in the summer and to equip the greatest possible collection for the active systems. The project is therefore designed as an attempt to consider the sun as a "form factor", not only in order to create new "exemplary" buildings, but in the desired and urgent scenario of a systematic architectural update of the existing building heritage. 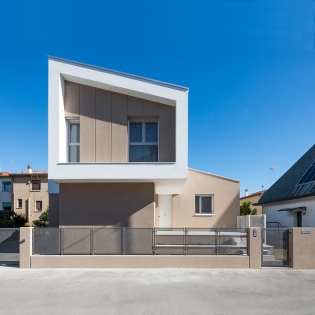 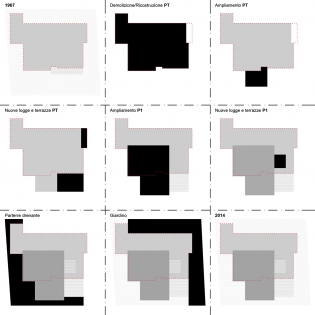 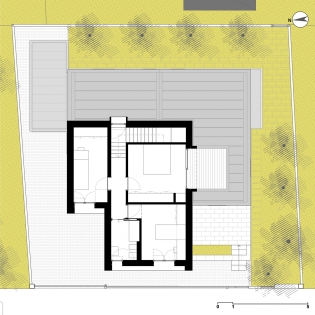 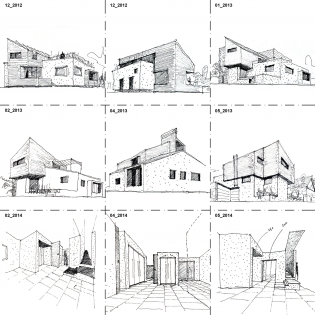 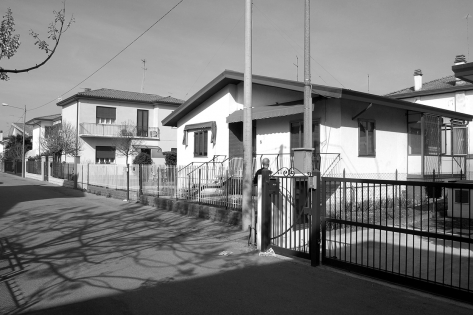 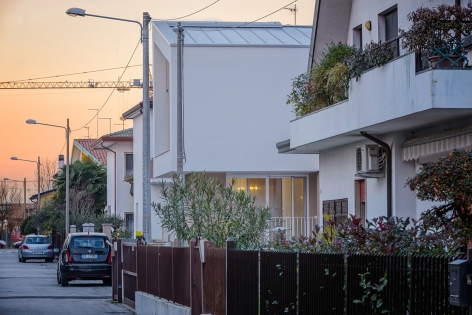 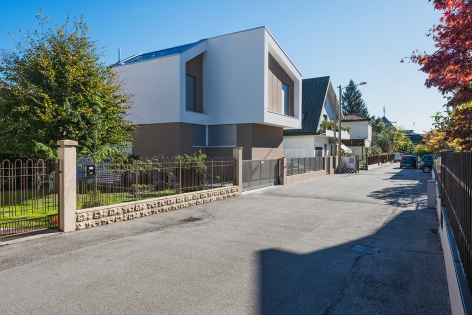 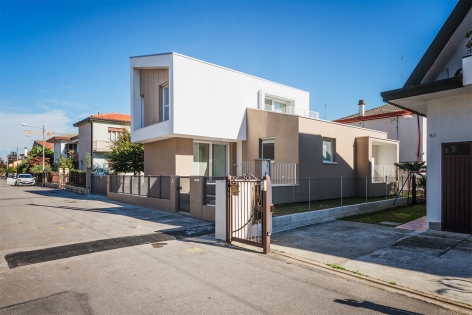 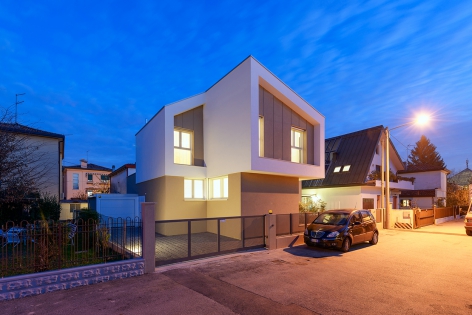 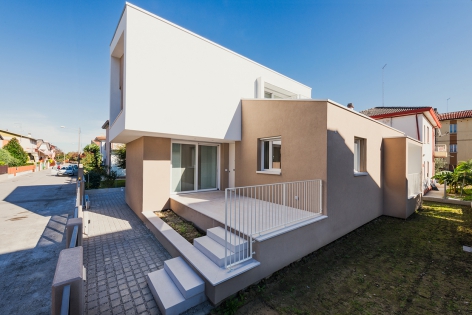 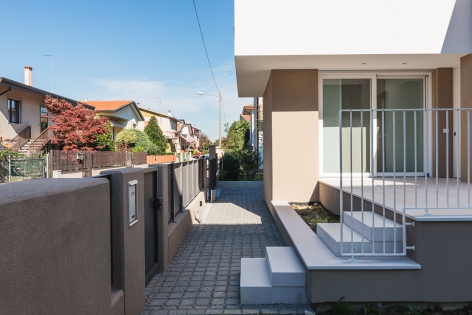 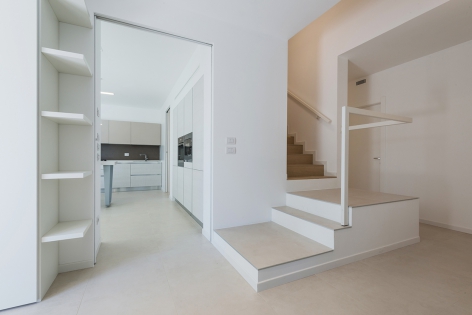 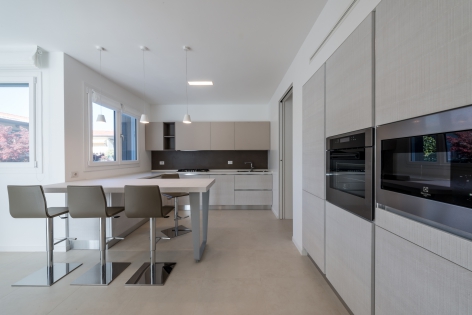